Running To A New Life on Easter Morning 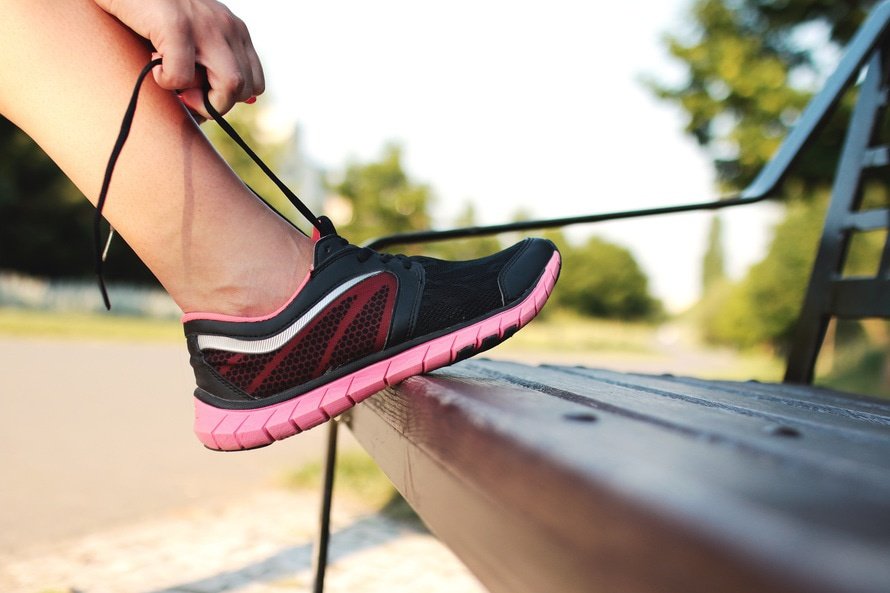 Some people get out of bed in the morning and hit the ground running...some people. Like, John and Peter.

Some people get out of bed in the morning and hit the ground running…some people. Like, John and Peter.

Imagine two disciples, John and Peter hiding away in a secret place having very opposite thoughts. Peter had denied Jesus without the opportunity to make it right. It had been nagging him terribly as he lay around sulking. John, on the other hand, had gone all the way with Jesus to his death, standing nearby where he could see Jesus a few feet off the ground. The would-be king they both knew for at least five years was in clear sight, his body all torn up, disfigured, clearly had just died. This is the sight that haunted John as he too laid around.

Peter and John had a rough, sleepless weekend with nagging thoughts and haunting sights in their mind. But both of these men would have an abrupt awakening. Their resting, tired, discouraged bodies would go from zero to sixty in just a few seconds.

Plenty of Time to Think

Imagine Mary’s run from the tomb to tell someone. What thoughts were flying through her mind as she raced possibly miles to wherever it was that the disciples were. She had time to think. It wasn’t just across the street, this was, at least, a 5k. What thoughts would run through your mind if you were to go on a couple mile job this resurrection morning? Would you be as excited as she was? Imagine 20 minutes of thoughts solely on the fact that Jesus is alive and the implications it will have on your life!

Imagine that scene where she burst in the door. Imagine John and Peter at first being disgusted that anyone could show so much excitement, not just because it was early morning, but because it was such a pathetically miserable weekend. Then in grogginess to try to interpret Mary’s excited babbling.

Put yourself in that scene 1,983 years ago today. Imagine the confusion wrapped in excitement as you subconsciously went from quiet and dejection one second to instantly moving toward the tomb the next. You didn’t even think to put on running clothes. You didn’t have time to grab your earbuds and or cell phone. It wasn’t enough time start your running app to track your mileage and time statistics that morning, and even if you had, the app would have crashed due to the record speeds being set.

Imagine the heavy breathing as you ran. Imagine the deafening silence as your ears shut out all sounds in order to give the brain quietness to process what may be happening. Imagine your 1st-century sandals being swarmed with pebbles and dust as they begin to fall off, but not having time to stop and adjust them. You keep going, finally half stopping to reach down to grab off one sandal while still moving forward on one foot and doing a sort of hop-run, then switching and doing the same to the other. The surface below you isn’t a factor. It’s not that you don’t care what you are stepping on, but that your mind literally ignores it. The brain is usually good about telling the body that gravel hurts, but not today. Your mind is on Jesus, and what it would mean to your personal life if Jesus was truly alive.

Imagine waving at the guy on his lawn mower as you pass and rattle off a row about Jesus being alive. You dodge tent stakes and duck under washlines, weave through sleeping bags and jump over coolers as you find the most efficient rout possible through the city lined with millions of pilgrims camping out everywhere that weekend. You stumble over people and practically shout at them that Jesus is alive. You motion for them to come, barely stopping long enough for them to even hear what you are saying. People are awakened at your mad dash, but you are more concerned with your destination than respecting the town’s quiet hours.

Finally, you arrive. For what? Nothing is there. As you inhale and exhale deeply, you take in the reality of the scene. Jesus truly has come back to life, after dying Friday evening. You pause, collecting the thousands of thoughts that race through your mind from the past years of Jesus’s teaching. Yes, you believe. Everything about his identity, purpose, and this day is true as he said. He truly is the Son of God.

You don’t have to keep running this direction. Run to the tomb, and believe on Jesus Christ and be saved from our sin and sorrow. And don’t just run to an empty tomb; run to Jesus!

Is your mind so much on Jesus that the things of this world are silenced and ignored?

All this running makes me tired (as you can see from the modernization that somehow got in there).

Blessings on your day!