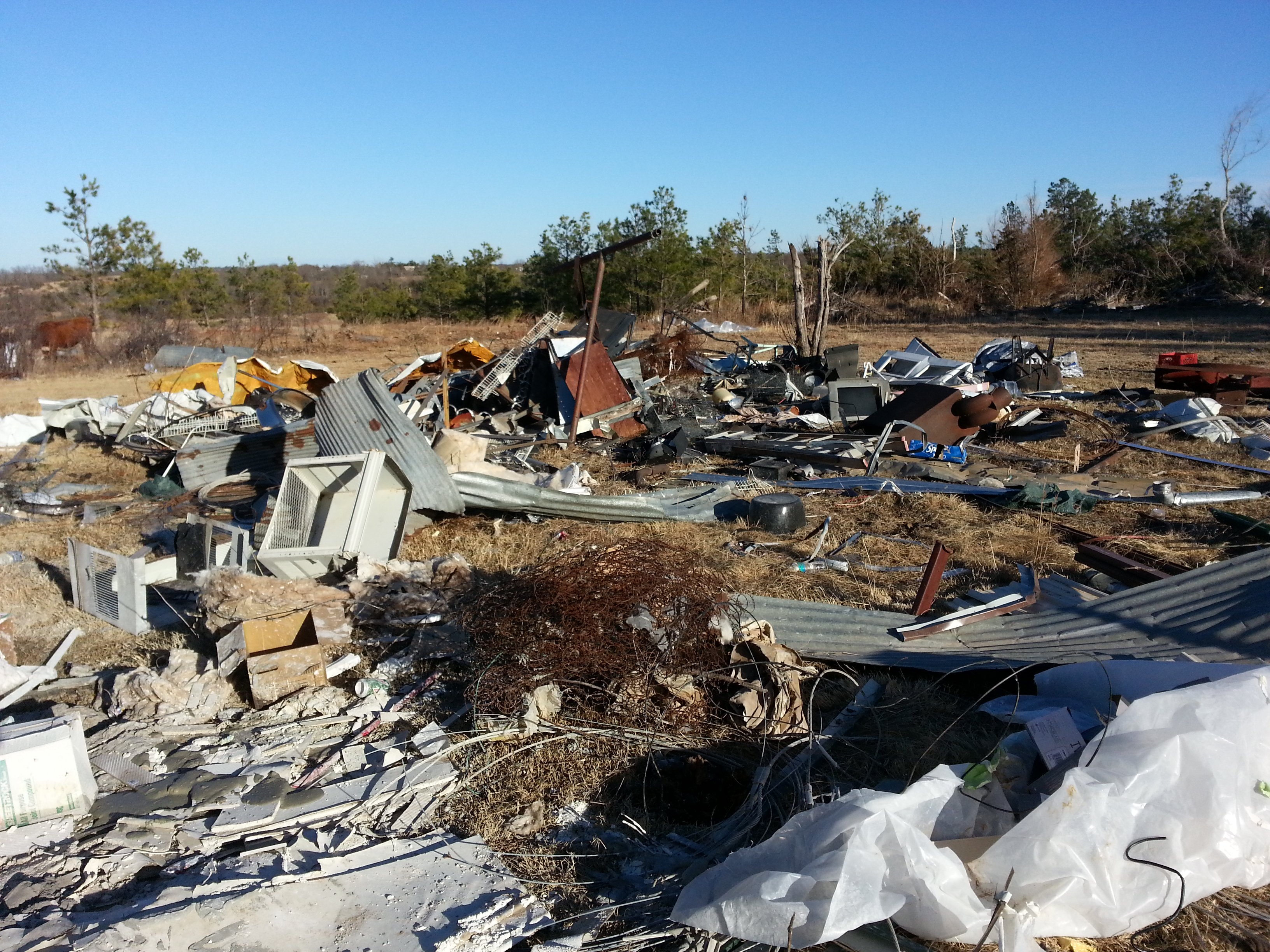 What Is Your Response to Disaster? In May 2013, an extreme storm system moved through the greater Oklahoma City regions of Oklahoma with multiple deadly F5 tornadoes striking numerous locations throughout the area. Among them was one which tore through the Oklahoma City suburb of Moore on Monday May 20, 2013, Entire tracts of homes […]

What Is Your Response to Disaster?

In May 2013, an extreme storm system moved through the greater Oklahoma City regions of Oklahoma with multiple deadly F5 tornadoes striking numerous locations throughout the area. Among them was one which tore through the Oklahoma City suburb of Moore on Monday May 20, 2013, Entire tracts of homes were destroyed, piling cars atop one another, and trapping two dozen school children beneath rubble. The town was devastated with debris everywhere, street signs gone, lights out and houses completely obliterated. An estimated 13,500 people were directly affected by the tornado. Large swaths of the city were completely destroyed. The estimated insurance payout from the tornado was $2–3.5 billion.

Click here to see some unbelievable photos of the destruction.

Among the innumerable responders, Christian Aid Ministries (CAM) immediately sent in Rapid Response Service teams into the area. They were able to help many homeowners and give contact information to them with intention to help with rebuilding through the Disaster Response Service (DRS) program. In the fall of 2013, a DRS base was set up nearby in Norman, OK. I have found that volunteering with CAM’s DRS has been a huge blessing to my life as we work together and witness to the disaster affected homeowners, as I have discovered again this past week in Oklahoma.

The group of about 25 people split into 5-6 crews and travel to different jobsites in the area. I had the privilege of working on a house for Albert and Sharon Smith. They had been building a home and family near Shawnee Oklahoma for the past 35 years. As a handyman, Albert spent those years working on building and finishing their house. That is, until May 20, 2013. Hearing warnings of tornadoes to the west in El Reno, Albert and Sharon intently watched the news on the television. To say that tornadoes are common here is an understatement. Suddenly it was reported that a tornado was moving east on the very road leading to the Smith home. They knew this warning was serious, and quickly got into the closet in the hall. Eleven seconds later, Albert and Sharon were still alive – but their house and all that knew was completely gone!

Many of the guys had the opportunity to talk with, witness to, and counsel the owners and families, and many actually came to our hymn sing at the base! Each of the crews became close to our respective homeowners and their families. It was interesting talking with the Smith family about their experience. I asked Sharon what she thought when she emerged from the rubble: “I felt the most incredible power like never before…in more ways than one. I felt complete peace. God spared our lives. We lost everything, but we were alive. That other stuff can be replaced.” Albert confirmed the feeling. He knew there was nothing to do except start building again. His attitude amazed me. Now, his new home is almost complete.

What Phase of Rebuilding Are You At?

We took a drive into Moore (we could not work there due to strict legal restrictions), which is a huge residential suburb of Oklahoma City of over 56,000 people. As we drove through Moore, I couldn’t help notice the varying phases of reconstruction. After the storm, all the rubble was pushed to the street and then hauled to a landfill. Then, as soon as insurance claims were settled, rebuilding began. Some chose to rebuild elsewhere, but most used their previous lot.. Some were being finished inside, others being framed, and others just starting their foundation again.

It was amazing to see some homes completely rebuilt and back to normal, while all that remains of some right next door is the dirty concrete slabs of a once beautiful house.

How interesting that a foundation can be strong, but a house can still fall. You may think you have a foundation on Jesus Christ and Godly principles, but be careful. When the storms of life come, what will happen? Will you stand strong? If you fail, you may choose to retry or choose to walk away. Now that you know and have learned, will you rebuild differently this time?

Where is Your Storm Shelter?

Most of the homes in Tornado Alley have storm shelters. Basically they are underground rooms with a domed top and a door. They are such a normal part of a home that you can buy them at Lowe’s. Some areas have a storm shelter that is shared between several houses or communities, while other homes have their own.

One particular mobile home community had the proper storm shelters, but there was no plan as to which residents were to use which shelter. When the warnings sounded, nearly all the residents crammed into one shelter while the other was left nearly empty!

I wonder if anyone around me is unsure of where to go in life. So many are going the “broad way” and so few the “straight and narrow.” We know God is our ultimate shelter and strength. He is there anywhere, always. We also may be someone’s storm shelter. You may be the only earthly friend to turn to who is trustworthy, understanding, and loving. Be there for others. Show them where to go. Remember that the wounds from a friend are faithful.

Flying home and looking out the window made me think of God. I could barely see the tiny speck of a house at 3700 feet, but God knows each person down there. He knows your exact location.  He knows your thoughts. He knows you are helpless, and wishes you would tell Him that so that He can show you HIS power and love! In our weak moments we realize just how helpless we are and how mighty God is. God’s love is an unstoppable force that we are powerless to fight off. It is like a fire out of control, engulfing forests and cities. It cannot be quenched. It is like a tsunami, a tidal wave of fierce, unbridled power bearing down on the world. It has resolve, staying power. It has that word we all tend to avoid – commitment. It builds up and breaks through every obstacle. It’s a love of the heart and of the will. He sometimes shows us his power in life disasters so that we can better see His love every day.