How To Vote For A Church Trustee And Still Love Jesus 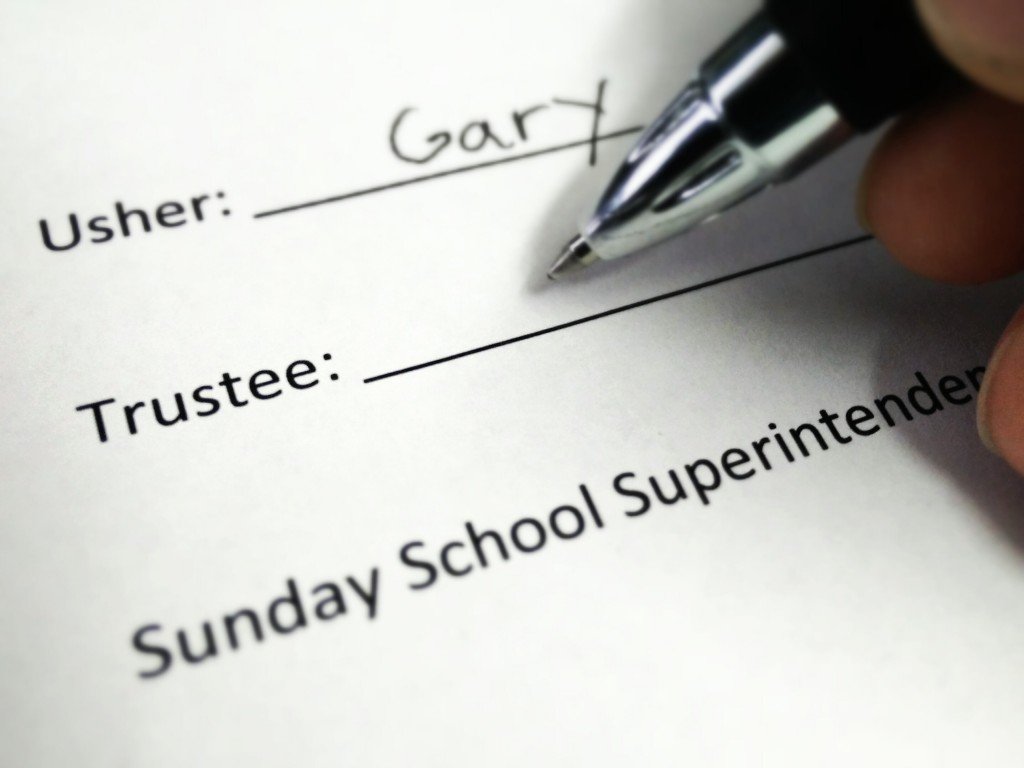 It doesn't matter. Besides, Jesus is coming soon anyways.

Oh I see we are electing a new trustee. Let’s see, Harry and Bill are two very qualified members for that. If Harry gets it he will overspend, but if Bill gets it he will be very wise about expenses. The choice seems so easy…all I have to do is…get my pen here and…wriiite..ughh! I can’t do this! What if I vote for the wrong guy! What if God wants Harry in? It might be His plan for punishing our church for our sin. I’ll just ignored the election it would go away. Okay, think about something else…uh dee dah dee de..

Oh no, it looks like we are also electing a new Sunday School superintendent. Ughh. I can’t vote for anyone. If they know I vote for them, they might use it against me and ask me to have devotions some time! Ahh! I’ve got to get out of here. Someone will get elected wether I vote or not. I’m going home.

Oh boy, a text message! …Harry got elected trustee!? What!? This is terrible! What is wrong with this church!?!? It’s no wonder God seems to have turned His back on us with all these people voting for someone like Harry!

And oh my goodness, it says we are voting for a new minister in two weeks!? No way, I can just imagine who would get elected — probably Ralph or Joe. Ralph is kind of liberal though, but hey Joe is pretty conservative. I’ll vote for Joe. No wait, this is God’s decision. I’ll pray about it.

*prays about it fervently for two weeks*

Okay, tonight is the election. I’ve asked God’s will to be done. I’ve asked him to put in whoever He wanted. Oh…I just realized…that means…I can go home! Yay! Besides I don’t have time for this, it doesn’t affect me.

So how can you vote for a church trustee and still love Jesus?

I don’t think you can. Even if you select the lesser of two evils, they’re not as good as you. Unfortunately the only logical (and Biblical, of course) option is to not vote. In other words, honor God.

But don’t worry. Its okay. God’s big enough to handle it, don’t worry about it. In fact, go home. You have better things to do than sit in council for a tiny miniscule portion of your whole entire year.

*goes home feeling all warm and fuzzy, you know, like a good Christian.

Then God gives a nice pat on the shoulder. “Aww, good job little buddy. It looks to Me as if you really appreciate your church. It really shows. Just think, of all the churches in the world, you could have only voted here tonight because you are a member and are free to do so here. I’m so glad you went home on your couch and watched a video rather than risking the vote. Now you can feel all nice knowing you honored and glorified Me today! That’s what you as a Christian are to do, and its so wonderful that you gave me the glory for the cheese puffs you were eating. You even wore a nice striped shirt for the morning service, thanks so much for honoring me in everything! I’m so proud of you. Its obvious to Me that you love Me so much! Now everyone who is watching you will also want to come to know me as their Lord and Savior just because they see clearly how much you obviously desire to honor me by your separation from anything that could even remotely make me disown you. People are amazed at how well you  resisted the urge to do anything at all and instead let me put in the bad guy rather than feel guilty yourself. Our family is growing so much, thank you buddy. Oh and don’t worry about that liberal minister your church elected and is going to dishonor me and lead the youth astray or about that trustee who already spent $2,000 on new LED lighting in the restroom. It obviously was my plan to allow someone to break my Scriptural principles. I get a kick out of it. I would have broken my own rules and stepped in, but nah. I enjoy having people in there dishonoring me. I mean, don’t get me wrong, if you had voted for the other guys I would have been very happy! But honestly I guess I’ve gotten used to it. Its all part of my plan. You obviously don’t seem to mind that those guys are hurting me. What, its my fault? I’m pretty sure its not. Anyway, just be sure to pray for them.