Have You Lost Your Marbles? 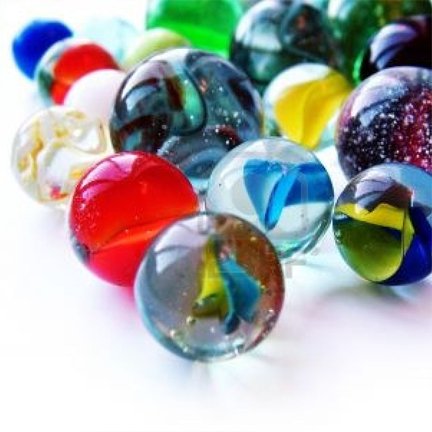 I have the privilege of helping to teach ages 11-13 at our church’s Winter Bible School. The lesson last evening was on Genesis 1-3, creation and the fall of man. I struggled with knowing how to teach this lesson. It covers a lot of material that could be studied in depth, but I chose to […]

I have the privilege of helping to teach ages 11-13 at our church’s Winter Bible School. The lesson last evening was on Genesis 1-3, creation and the fall of man. I struggled with knowing how to teach this lesson. It covers a lot of material that could be studied in depth, but I chose to simply give an overview of the story and then focus on an object lesson about disobedience to God, its consequences, and redemption in Jesus.

I try to teach something each week that they can remember. If I was 11-13, I would want an object lesson. (I still love object lessons!)

I placed a Bible on a small platform about five feet off the floor. I placed a glass pint jar filled with marbles on the table next to the Bible. I explained that the Bible represents God and His Word, and the jar of marbles represents each of our lives. The platform represented God’s boundaries, which are given for our own good. I noted the close relationship the jar of marbles (our life) and the Bible (God) had as long as the jar stayed on the platform.

I moved the jar towards the side of the platform and slightly over the edge. I explained how dangerous it is to try to push the limits of God’s boundaries. I moved the jar back to safety.

We all sin and come short of the glory of God. We tend to enjoy the temporary ‘excitement’ of leaving God’s boundaries. I moved the jar toward the edge again. I noted the gap that was developing in its relationship with the Bible. I pushed the jar off the platform!

You should have seen the student’s faces! The jar fell with quite a crash, glass broke and scattered, and marbles rolled all over the room! Everyone was still and silent. I stood there and looked at them. It looked as if they were thinking, “Did our teacher really just do that?”

I said, “Now what? What a mess! Look what one bad choice can do! Should we leave it here? Suppose people walk in here and slip on the marbles or get cut on the glass.”

One young man suggested that I clean it up. So I asked how it should be done? The jar was broken. I could pick up the marbles, but where would I put them? Then another young man said, “You need to pray and read the Bible.” Ah, the perfect answer! I reworded his suggestion. “Oh, you mean turn to God? But, you just left God. Now you are saying you want to go back to God?”

I asked again how to go about cleaning up the mess. Someone suggested gluing the jar back together. I objected to that. I didn’t think I could do it myself, and even if I found all the pieces and glued them together, the jar would be cracked, ugly, and fragile. They agreed.

Then the same dear young man suggested, “Get a new jar!” Aha, brilliant solution, but where? His suggestion was perfect: “Ask God for one!”

I pulled out a brand new jar from my hiding place with a smile. “The wages of sin is death, but the gift of God is eternal life.” A new start is a gift from God!

I placed the new jar on the platform next to the Bible and began picking up the marbles and placing them in the jar. I noted that it may take some time before every marble is picked up. Maybe I wouldn’t be able to find them all. I suggested that they help me. I encouraged them to be God’s helping hands when someone they know is suffering from sin in their life.

I think the message touched me as much as them. I cleaned up the glass with a broom and swept it into a dustpan. I dumped the debris into a the trash, never to be seen again. What a reminder of what God continually will does for us when we ask Him. What an awesome God we serve! 🙂

Have you lost your marbles?